In their book “The Unforgettable Buzz” authors Earl Shores and Roddy Gargia reference this statement by electric football inventor Norman Sas in his MIT senior thesis titled “Characteristics and Problems of the Toy Manufacturer”. 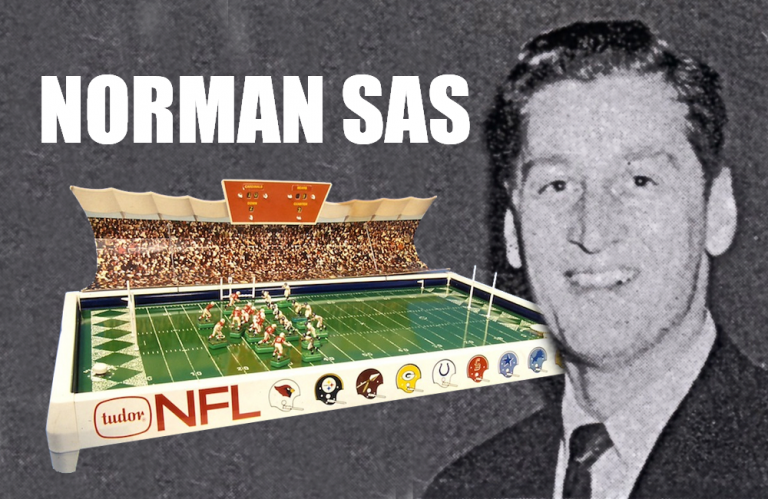 Norman Sas became president of Tudor Games in 1948 at the age of 23. He had served in the Navy and earned his mechanical engineering degree from the Massachusettes Institute of Technology as part of the Navy V-12 College Training Program.

After a brief stint at General Electric, he joineed his father, Elmer Sas, at the company he had founded in 1928, Tudor Metal Products Corporation of Brooklyn, NY. Norman served as president of Tudor Games until his retirement in 1988 at which time he sold the company to Superior Toys, which located the company to Chicago, IL.

The fact that electric football games are still being produced today and still under the name of Tudor Games, is proof of the viability of that statement, some 70 plus years later.

We were fourtunate enough to be able to find a downloadable pdf. copy of this thesis and include it in our files of the NEFGM Library and Archives.  You can downloaded it here.

“Characteristics and Problems of the Toy Manufacturer” by Norman A. SasDownload

Also here’s an interesting link to an article on Norman Sas at Toy Tales from which I got some of the information and the photo used in this post.